Image by Loya Liu from Pixabay

A day trader is a stockbroker who buys and sells securities within the same day to capitalize on intraday price fluctuations. Day trading has become highly lucrative, especially with the advent of algorithmic trading and automation in the stock market domain. Unlike long-term investing, day trading has a higher risk factor with higher rewards as well.

Not all day traders make it big, but the ones who have profited the most have taught valuable lessons to the other stockbrokers. Learning from other traders is a crucial aspect of trading, and this article aims to highlight some of the pointers that day traders have taught us. Read on to find out what worked for them and what did not. 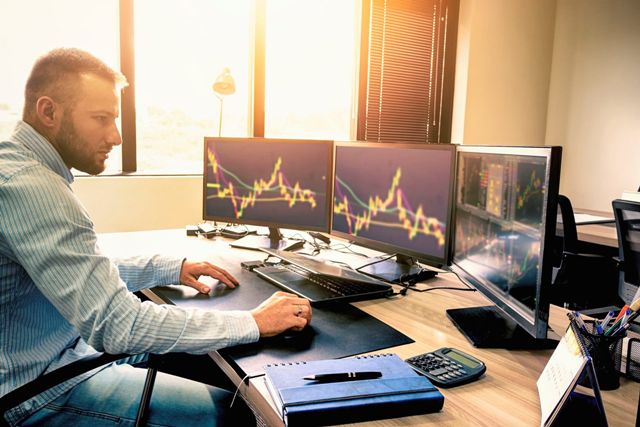 7 Famous Day Traders and How They Became Successful

Cameron is one of the most prosperous day traders with over 500,000 active followers on YouTube. He is the founder of Warrior Trading, one of the largest communities of active day traders and investors.

Cameron’s first advice for day traders is to try and find out what part of the day they are most productive and use those hours to trade. The other constraint for part-time traders is that they cannot afford to put all their investments on trading, so they need to set a maximum loss limit. Understanding your risks and sticking to simple trade strategies is what he advises.

The author of several stock trading books and the founder of the trading educational website, Tradersfly, Evdokov, is famous for trading and his excellent teaching skills. Evdokov, however, doesn’t always involve in day trading but spends considerable time dealing with swing trades.

A swing trade is where you hold a long or short position for a few days or weeks, hoping for a substantial enough change in prices to make a profit. Evdokov’s advice is that traders must realize when the conditions are right in the market for day trading and swing trading and make appropriate decisions. If the goal is to make as much profit as possible, traders should change their strategies based on the situation.

Despite being a man with no formal education, Gann was influential in approaching stock trading from a mathematical perspective. He used his knowledge of trading to open his own brokerage, where he understood many things about the mechanics of trading. Gann was one of the first people to introduce technical analysis in the trading space, but most of his work was theoretical.

He even incorporated geometry by using triangle patterns to predict market breakouts. He also believed that the stock market scenario repeats in 60-year or 90-year cycles. He was not always correct, which goes on to show that theorists can never be accurate all the time; sometimes, you have to trade with real money to understand what is going on.

Black Monday was a disastrous day for all stockbrokers in Wall Street; on October 19, 1987,  Dow Jones Industrial Average lost 22% of their value, or approximately $500 billion. Few stockbrokers like Krieger saw things that others didn’t, and he went on to make $300 million in the aftermath of this event.

The most valuable lesson that Krieger taught us is that a trader should always trade in the direction the money moves (known as “price action”). If funds were being lost in one area, they were simultaneously being distributed in other areas, and you should shift your focus accordingly. In the process, you also discover which stocks are overvalued stocks are which ones are undervalued.

Sykes calls himself a “financial activist,” someone who is a brilliant trader and also highly interested in educating others in trading. One of his websites is an investimonial, i.e., a site focusing on reviewing companies that provide financial services. Sykes started his trading career when he was in college.

Sykes’ advice today traders is that they should focus on accumulating small gains over time rather than hope for a significant profit overnight. Although people advise new traders to stay away from risky penny stocks, Sykes’ trading journey began there. He always asks day traders to keep reading about new strategies and market analyses; the more you read and the more you learn from mistakes, the better the trader you become, he says.

A musician, screenwriter, and actor, Hite tried out many professions before becoming a full-time trader. Contrary to the ideologies of Gann, who was a theorist, Hite believed that trading depended more on odds than any kind of scientific accuracy. Under his leadership, the Mint Investment Management Company became the first investment business firm to be valued at $1 billion.

Hite advises traders to follow the same principle he used at the beginning of his career: keep trading simple. He focused on what he could afford to lose rather than on what he could make as profit. Hite asks traders to diversify their portfolios (an investor’s collection of stocks, bonds, mutual funds, and other securities) to minimize risks while investing in the latest technologies like automation that reduce human errors.

Leeson is better described as an “infamous” day trader than a famous one since he was responsible for bankrupting one of the UK’s largest financial institutions. However, there are lessons to learn from his activities too: how not to trade.

Leeson’s biggest mistake was to consider trading as a form of gambling, which affected others around him as well. Having proper strategies to obtain consistent profits and mitigate risk is the right way to trade in the stock market. Hiding losses or escalating them leads to a vicious cycle that breaks the entire system, similar to what happened in the 2008 financial crisis.

Your Turn to Trade

No one becomes a successful trader overnight, and, as these lessons show, each trader had their own formula for success. Day trading rules and concepts can be complex to grasp right off the bat, and the only way to become proficient in day trading is through practice. These lessons act as guidelines, but you truly learn the intricacies and nuances of the trade only when you experiment on your own.

Rotate PDF Pages with the Use of an Online Tool: A Step-by-Step Guide

Select a Simple and Functional Generator Cover for Your Home Gensets

Top 10 Islands In The World

Behind the scenes: The Technology Behind Online Casino Gaming

How to Choose Ticks or Pest Removal Company

Select a Simple and Functional Generator Cover for Your Home Gensets

Top 10 Islands In The World

Behind the scenes: The Technology Behind Online Casino Gaming

How to Choose Ticks or Pest Removal Company