How to Grow eCommerce Business via Video Ads

With the flow of time, video ads have displaced all other forms of advertising. A growing number of firms are putting their money into video advertisements because they are more exciting and practical than any other type of advertising campaign. More than half of internet users prefer to watch video reviews of potential purchases to make an informed purchasing decision. This is because videos may assist you in gaining the trust of your audience while also increasing revenue in your corporation. If you consider using video advertisements for your eCommerce business, below are some innovative tactics. That will assist you in increasing the number of consumers for your items and services.

A new trend in marketing and advertising is the use of video to promote products and services. Promotional videos that appear before, throughout, and after streaming material are called video ads (also known as video advertisements). These include advertising that begins playing as the user moves their mouse pointer over them. As well as native video advertisements marketed on digital ad networks, among other things.

Video advertisements are gaining in popularity. There is no doubt that they are on the verge of becoming the next big marketing sensation. It is a highly effective method of reaching audiences. It’s amongst the fantastic techniques in which to put your money. The key here is to present the user with video advertisements relevant and exciting. This requirement must be met, or the ad will annoy and frustrate the viewer instead of engaging and enthusing them. 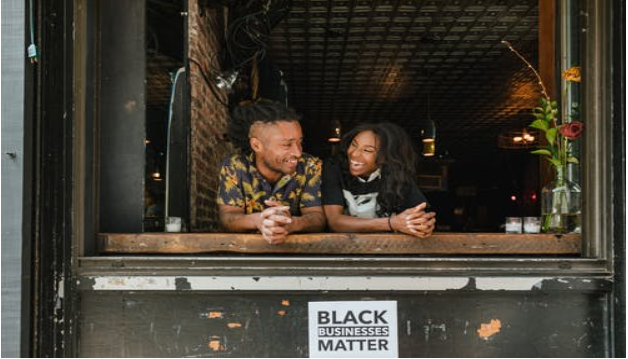 Linear advertisements take up the entire screen space of the video player. Their linearity is because they run in the same direction as the material. When it appears throughout the video content, it can be separated into three categories: pre-roll, mid-roll, and post-roll.

You may encourage engagement with interactive video commercials, the most successful video adverts you can use to achieve this goal. These advertisements take up the entire display of whichever device your user is using an interrupt any video content that is now playing.

Those creating their video and wanting to incorporate commercials within it might enjoy instream video advertising. Whether it’s at the start, the middle, or the film’s finish, it’s essential to know that.

How video ads can be used to help grow your e-commerce business.

Know Who You’re Trying to Reach

Before you start creating product video advertisements, it is recommended that you undertake market research and test a few different concepts. To ensure that your high-quality movies are a success, you need to plan ahead of time and commit the necessary time and attention.

Show precisely what your target audience expects from a product before launching it. Customers who are pleased with your items may be willing to share their opinions with you. Your films can address all of these topics as advantages and selling points.

Video Is Everything to Mobile Users.

Smartphone devices are now used by the vast majority of internet users worldwide. People may now more easily check out videos and other internet content due to this. Consumers who view eCommerce video advertising on their mobile devices are almost twice.

As likely to engage with your business than those who view them on their desktops. Concentrate your efforts on creating videos for mobile users. In this method, your video ad maker for eCommerce may be sure to get more views, likes, and engagements than before.

A Collection of Video Testimonials

Video is a big hit with search engines.

When making algorithms that determine which sites appear higher on the search engine results page, the largest search engine companies focus on video content. When your target audience is looking for relevant content, they are more likely to find you. If you share videos on social media, publish them on blogs, and embed them on your website.

You can post the video advertising on your site to get your target audience’s attention. Visitors who have read the post are likely to come to your store and make a buy. The optimization of video content should always be done. If the title and substance of a video ad are catchy, it is more likely to be shared on social media.

Advertisement videos that include influencers

Getting influencers to appear in your eCommerce video advertising can significantly increase the amount of engagement you receive. Additionally, it aids in developing brand recognition and the establishment of trust for your company.

Influencer collaboration may be highly beneficial because it can assist you in reaching new potential clients. A growing number of brands cooperate with influencers to reach their intended audience. As well as this, it appears to be highly effective in increasing video engagement, views, and subscribers.

Take on the role of your intended audience and discover what kinds of videos they would like to see. Including a customer’s point of view in your video advertisements can allow you to increase interaction with them.

When businesses and brands seek to establish themselves as established brands, they create viral video advertisements. That demonstrates the reach and impact of video marketing, which is potent, quick, and widespread.

If you want to build your eCommerce business and increase conversions, video advertising might be a great tool. The number of methods available to you for capturing the audience’s interest is limitless! Video advertisements are here to stay for the foreseeable future. It provides you with a plethora of chances to expand the reach of your business around the world.