11 Facts About Roulette that’ll Surprise You

Image by PIRO4D from Pixabay

Roulette is an immensely popular table game that was initially invented by Blaise Pascal during the 17th century. As a mathematician, inventor, and physicist, Pascal attempted to invent the perpetual motion machine in 1655 but ended up creating the very first Roulette wheel instead, giving birth to the most popular casino games in the world.

Widely known as the Devil’s game, roulette is renowned for its simplistic rules and captivating betting options, making it an ideal choice for absolute beginners and high rollers alike – the former of which should take advantage of free roulette games at online casinos.

There are several interesting facts about this popular casino game that makes it even more attractive than most games found on the casino floor.

Roulette has also evolved in the online gambling realm in recent years, leading to new and exciting variations which is one of the primary reasons why online roulette games are quite popular among gambling enthusiasts in Canada and the rest of the world.

With that in mind, let’s take a look at how many roulette facts can surprise you before you enjoy another betting adventure at the tables.

Did you know that the original roulette wheel featured two zeros instead of one? You can verify this fact by reading the ‘La Roulette, ou le Jour’ novel that was written in 1796 by Jaques Lablee.

During the 19th century, German casino owners introduced the double zero roulette wheel on their casino floors in an attempt to attract players from Paris – though this increased the house edge.

The double zero roulette wheel eventually made its way to Las Vegas where its widely known as American Roulette.

The Most Commonly Played Number

A very interesting fact about roulette is that 17 is the most commonly played number in the world. The primary reason why players love this number is due to the fact that it’s James Bond’s favorite number. 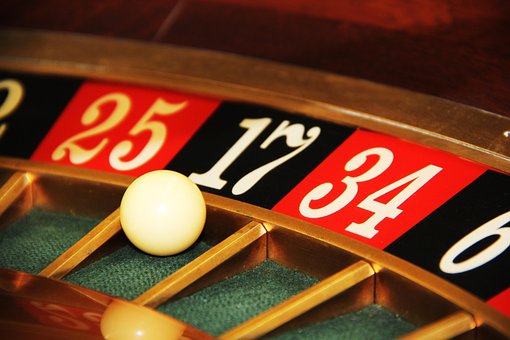 It’s also located in the center of the roulette wheel when you look at it logically. The second most commonly played number is 22 due to popular movies like ‘Lost in America’ and ‘Indecent Proposal’.

Roulette is also referred to as the Devil’s game. However, most players don’t actually know the real reason why this obscure name exists. Contrary to popular belief, the Devil’s game does not refer to gambling as a sin.

The real reason why its called the Devil’s game is the number you’ll get when you add up all the numbers featured on the roulette wheel, regardless if you play European or American roulette.

The number you’ll end up with is 666, also known as the ‘Number of the Beast’.

Although not as bad as normal casinos now checking players’ temperatures, there are some safety points to keep in mind when trying a new online casino. However, once you’ve signed up for a new account, you’ll be greeted by a plethora of roulette variations that simply can’t be matched by land-based casino resorts.

Some of the most interesting roulette variations include 3D Roulette, Mini Roulette, Marvel Roulette, and Double Ball Roulette to mention but a few.

The Man Who Bet Everything

One of the most popular roulette wagers in the world occurred in 2004 when Ashley Revell decided to sell all his possessions to place a single bet on roulette. He made his way to the Plaza Hotel & Casino in Las Vegas and gambled $135,300 on the colour red. In a blink of an eye, Ashley doubled his bet and walked away with $270,600.

The World’s Most Expensive Roulette Table

If you are interested in having your own roulette table at home, get ready to pay between $5,000 and $7,000 for the entire setup. However, this is nothing compared to the world’s most expensive roulette table ever constructed. The entire roulette table weighs a total of 14kg, made from solid gold and silver, and is currently on the market for a jaw-dropping $500,000.

The Most Incredible Roulette Scam that Actually Worked

The world is not a safe place, especially when you consider the number of scammers trying everything to make you look like a fool.

Just ask the international student who lost her life savings. Nothing could prepare London for Francis Farrugia, his two friends, and their top hatting system.

The scam was simple, distract the croupiers and drop a high-paying chip on the winning number. This crazy roulette scam worked for over 20 years before the trio got caught in the act.

Some of the best minds in the world have tried and tested the roulette wheel for centuries, looking for any kind of weakness to get an upper hand.

Even Albert Einstein considered one of the most famous mathematicians and physicists in the world tried his luck at roulette.

However, his overall analysis was rather bleak, stating that you can only beat the game when the dealer isn’t looking. Even with the advice from Einstein, players continue to flock to the roulette table in search of fortune and fame.

The Worst Choice of All

There are endless betting opportunities and winning possibilities while playing roulette. You can go with straight bets, red/black, odd/even, dozens, split, street, basket, and corner, each providing a different house edge to make it even more enticing.

Impossible runs don’t always happen to players. However, the same cannot be said when it comes to the game of roulette. For instance, let’s say you exclude the double zero or single zero squares, you will still have a 1 in 32 chance of getting five losses when you bet on black or red every time.

If you are growing tired of playing roulette with casino chips, why not take a trip to California where roulette is played in a much more distinctive way. California is renowned for its strange gambling laws, especially when it comes to how the outcome needs to be generated.

Gambling is only legal in the state when a deck of cards is used to determine the outcome. As a result, California roulette was born, allowing players to play the game with cards as opposed to a ball and a roulette wheel.

The payouts and odds remain the same. It’s only the methodology that is different when it comes to generating the results.

Roulette has stood the test of time and remains a popular casino game to this day, regardless if you play it in a land-based casino or online.

It continues to turn heads with new and exciting variations and is sure to create more captivating betting opportunities when players enjoy a sophisticated mobile gaming experience with 5G connectivity.

This will also lead to more interactive roulette games getting developed, ensuring a bright and lucrative future for online casinos across the globe.

How Python is used in Data Science?

Convert Your HTML Into PDF Easily By Using PDFBear

Convert Your HTML Into PDF Easily By Using PDFBear